9 Life lessons from the Financial Crisis 2008

15 September 2008 marks the date of one of the largest bankruptcy in the US history, the collapse of the investment bank Lehman brothers. An event that could be called the most prominent factor causing the financial crisis of 2008. The crisis not only impacted the US alone but had a domino effect globally.

It not only damaged people’s lives financially but also emotionally. People lost their jobs, homes & even their retirement savings got vanished. Beliefs were shattered, confidence was destroyed & suddenly, people sitting on cloud nine got thrown to the ground to face the cruel reality. Even after 14 years of the global crisis, the question still looms whether we have really learnt from the largest bankruptcy event or have just moved on with time. 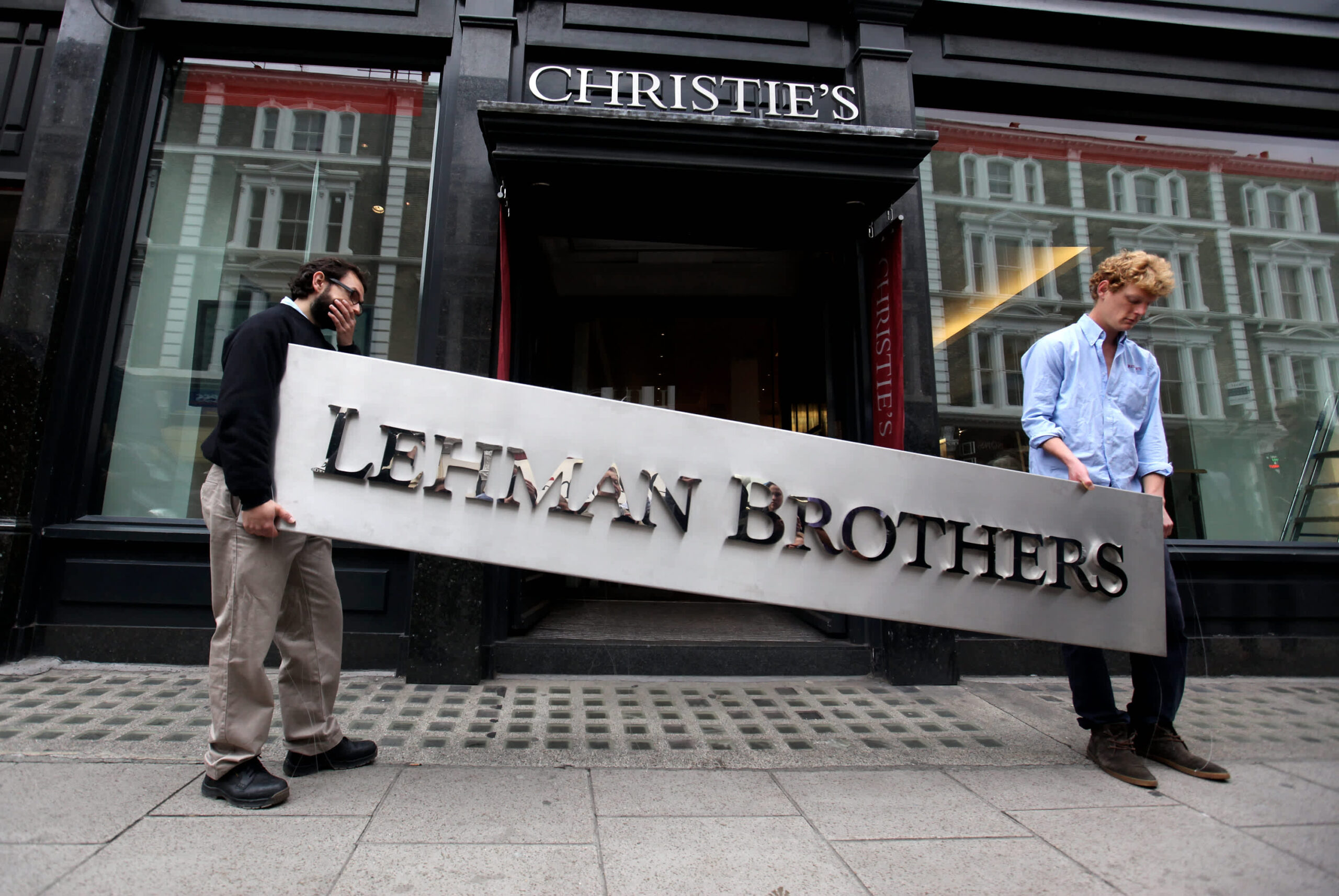 Here are the learnings for life to be learnt from the 2007-08 global financial crisis.

Keeping a check on your debt

This is the primary thing that one should learn from the crisis. The root cause was the subprime mortgage, wherein loans were offered to customers with poor credit or fewer assets that were structured with balloon payments (unusually large payments that are due at or near the end of a loan period) or adjustable interest rates (rates that remain fixed at relatively low levels for an initial period and float, generally with the federal funds rate, thereafter).

When the housing bubble burst, the value of these houses diminished and the owners were not able to pay their installments. The owners defaulted on payments & ultimately banks had to repossess the properties, which made people homeless. Many had to live in their cars and struggle for daily needs.

Borrowing more than your repaying capacity or for unnecessary things can lead you to a stage where you may struggle to fulfill basic needs.

Having a financial safety net is very important in scenarios of financial distress due to unanticipated major expenses.

When the crisis hit, it took away jobs, and homes from people which further led to various medical conditions. If their financial planning included an emergency fund, they would have survived with a little lesser difficulty and trauma.

You set aside a fund that provides you financial security during the times of financial hardship. An emergency fund gives you confidence & time to survive tough times.

Ideally, it is suggested by financial experts to have an emergency fund of 6-12 months of your monthly expenditure. It includes monthly repayments of your mortgages and other living expenses.

The important thing for you to understand is this fund should ideally be parked in highly liquid assets with low risk or in cash.

Develop a skill set to fall back to

Ever thought of a scenario where everything is taken away from you, be it your assets, your money, or your job. And then you are told to start afresh.

Does that scare you? What will you do for a living?

This is an eye-opener for those who think just having a job alone is sufficient. One of the biggest learning’s  for me from this global crisis is that a Job is temporary but a skill is permanent. A job may not stay with you forever but a skill set will. A skill will grow with time and will help you further to develop as a person. Investing in yourself is always the best investment and its returns compound over a long time horizon. Being good at something & possessing skill to take it to another level always acts as a weapon to fight any kind of recession or difficult times both financially & emotionally.

A skill not only can help you survive financially but emotionally too. A skill is something that is intangibly yours. It stays with you and gets polished the more you use it. It is your cushion in difficult times.

Everyone has his/her own definition of financial independence. It is an ability to lead your life with more freedom and more choices. It is a state where you set off your financial liability with personal resources & live without thinking much about resources to finance your living expenditure.

What is pertinent is the question that why you want this independence rather than how.

When you depend on others resources, it is easy for them to control your life decisions. Financial independence gives you the liberty to take decisions as per yours terms and choices. It increases your risk taking ability and can help reach the next level.

Live within your means

Living within your means is one of the most significant aspects of the journey to become financially independent. It does not imply cutting off your expenditure completely and deprive yourself of your basic needs. Rather it means to control your urge to spend unnecessarily on things you don’t need.

Most of us have limited resources and optimization of those resources alone will lead us to a better lifestyle. Getting something just because you want it does not always make sense.

When your spending habits do not align with your income, you ought to end up getting financially distressed. This will lead you to a lot of debt, insecurity about your future, and of course lots of mental stress.

This prominent financial crisis made us realize how important it is for everyone to live within one’s means so that when difficult times knock on one’s door, one shall have enough cushion to survive such draining times. You should have a clear demarcation regarding your needs and wants.

If you can clearly identify them you are good to go on the path of achieving financial freedom.

Don’t fall for the trap of instant gratification

In the world of social media, it is quite obvious that everyone has a strong desire for those coveted likes and comments. Everyone is after this fake recognition where you want to show the world how sorted and cool you are.

In 2008 when social media was not that prevalent, the concept of instant gratification still held true and it always will, no matter which generation you belong to. It’s just that the forms change.

During the financial crisis or as we know it as the housing bubble, people bought houses they knew they could not afford. Just because your friend, colleague, or relative has a bigger house they too urged to get out of their means. Ultimately the bubble burst resulting in high delinquency and default rates by homeowners, particularly those with subprime credit, led to a rapid devaluation of mortgage-backed securities including bundled loan portfolios, derivatives and credit default swaps. As the value of these assets plummeted, buyers for these securities evaporated and banks that were heavily invested in these assets began to experience a liquidity crisis.

When we swipe up down our phone screens on social media pages, our body release dopamine.

Dopamine is a type of neurotransmitter which is released by our body and used by the nervous system to send messages between nerve cells. Simply saying dopamine plays a role in how we feel pleasure, satisfaction & motivation.

But what has happened is we are used to such a level of dopamine that our regular achievements do not make us feel good and we tend to become depressed as we think we are unable to make an impact.

Living a social media life is altogether a different game than living an actual one. You may show the world how sorted you are, but only you know the reality.

Greed always takes you on the path of destruction

A crisis is inevitable when there is greed. The collapse of the US housing bubble which peaked in 2006-07 was the primary and immediate cause of the financial crisis. But what actually led to this housing bubble was greed. This greed generated the ideas of Subprime lending, Mortgage-backed securities (MBS), and lots of assumptions suggesting that everything will go as planned.

The bankers had greed for selling MBS and earning tremendously from it. The borrowers were greedy to think that value of houses would go upwards only and they would always be in profit after selling the same.

But all were betting on something which always had to be a variable, the property prices.

After 14 years, we still get carried away with lucrative and complex financially innovative products. We do not try to understand the risk-reward ratio and get trapped in such things.

Not only in finance, but in general we over leverage on things we should avoid and regret later.

Understanding the basics and not get carried away by the glamour can take us to better decision making in life.

Life does not always work on assumptions

Taking risks in life is important but making decisions on several assumptions is never a good idea.

The housing bubble crisis had too many assumptions around it which led to the crisis. It was assumed that the prices of houses will move in an upward direction only, the borrowers will not default on payments and even if they did, the financers will repossess the property further selling it at skyrocketing prices. But none of these actually happened. There was no value in something on which everyone was making assumptions.

A plan is certainly based on some assumptions but having a Plan B is always important.

This defines the thin line between confidence and overconfidence.

We may sometimes feel that a certain thing will never change, but with time we realize that we were wrong. The only thing constant is change.

The markets collapsed, the US went into recession, and then recovered from it.

This was not the first crisis we faced and will not be the last one. Everything changes with time and time is the best healer. Many suffered during those times, yet got up again to fight.

They did not give up and that is what makes life beautiful.

Happiness and sorrow is a part of life  as we live. It is what brings different flavors to our experiences. We learn from it and move on. But what you should accept is change.

We all have limited time and should live it that way.

There is much more to life than just money. Relation is what your ultimate wealth is. Having said that, having enough financial resources can always help in some way or the other.

But the bottom line is that amidst all the tough times and good times, there is something which will always hold true and that is the fact that ‘Nothing is permanent.’

Steering Thoughts to the shore

Every decade the world experiences a crisis that shakes us to the core. Yet we rise against every odd and write our own success stories.

Though, we must not forget the tough times which become a source of learning for us in the future. This crisis has not just given us lessons about money but about life too.

Life is more than just money but sometimes it’s more about money. 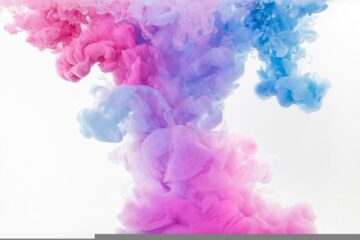 How to Develop the Habit of Investing

Ever wondered why some people are successful in investing while some struggle in their investment journey.  You have all the information on the internet about different ways to invest. So where do you fall behind? Read more…